The Value of Openness

Day 1 of the Triangle Scholarly Communication Institute is underway, and our HuMetrics: Building Humane Metrics for the Humanities team (Nicky Agate, Simone Sacchi, Christopher Long, Stacy Konkiel, Jason Rhody, and me) is already hard at work. We began by putting aside (for the moment) the "metrics" and by focusing instead on the "humane," which became a discussion of values that we want to encourage and reward in the academy.

As one might expect, many of those values were ones that embraced "openness"  —  whether "equitable access," "open process," "engagement," "transparency," "open source," "candor," "accessibility," or "sharing." What struck me, however, as someone who spends all day every day discussing "open access," was what was missing from our list were explicitly "open" products of scholarship. What made that list? Not articles, not books, not even data; instead, we identified explicitly as "open" only "preprint OA" and "OERs" (open education resources).

Why only those two products? Was it because we assumed that "openness" was already inherent in other products and outputs? Was it because we were thinking intentionally about values that are currently not rewarded and so considered only tagging as "open" products that also are in that category? I don’t know. But it does point to the different kind of thinking that the Triangle SCI inspires. I am looking forward to tomorrow! 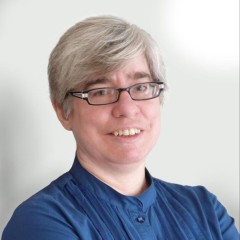 View all posts by Rebecca Kennison
Skip back to main navigation