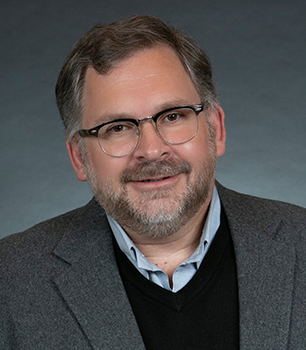 Rooted in my background as a Communication scholar, I anticipate using the HuMetrics Fellowship to encourage 1) thinking carefully and self-reflectively about the narrative dimensions of the HuMetricsHSS initiative--how do we tell the stories, the better stories, about our research and its place and impact on audiences within and without academe? and 2) thinking carefully and self-reflectively about building a community of my colleagues committed to rethinking and reformulating the academic culture at the University of Maryland--how do we come together to articulate the HuMetricsHSS framework and sustain that work within an institution of vastly different constituencies?

Dr. Trevor Parry-Giles is a professor in the Department of Communication and the Associate Dean for Diversity, Equity, and Inclusion in the College of Arts & Humanities at the University of Maryland. Dr. Parry-Giles’s research and teaching focus on the historical and contemporary relationships between rhetoric, politics, law, and popular culture. He is the author or editor of four books and his research has appeared in the Quarterly Journal of Speech, Rhetoric & Public Affairs, Presidential Studies Quarterly, the Journal of Popular Film and Television, Celebrity Studies, the Journal of Communication, and elsewhere.

Dr. Parry-Giles is a frequent commentator about contemporary and historical political communication and has appeared on C-SPAN’s Washington Journal, the NBC Nightly News, Maryland Public Television, CCTV, and all the network affiliates in Washington, DC. He is quoted often in political news coverage, including in the Washington Post, the New York Times, Politico, USA Today, the Wall Street Journal, and elsewhere. In addition, Parry-Giles has been interviewed by the BBC, Minnesota Public Radio, New Hampshire Public Radio, Utah Public Radio, Wisconsin Public Radio, WAMU (NPR—Washington, DC), and WYPR (NPR—Baltimore, MD), among others.