I had the opportunity to present the HuMetricsHSS projects to the European research library community at LIBER2017, the 46th LIBER Annual Conference, which happened in Patras, Greece, in July.

During LIBER2017, I was invited to sit on a panel of "innovative ideas that pose new questions, opportunities and challenges to the research library community." The panel's theme was quite broad, and the three short presentations from the panelists were diverse: the first, delivered by Rob Grim (Erasmus University Rotterdam, The Netherlands) was on the application of blockchain technology to library services; the second, delivered by me, was on our HuMetricsHSS initiative; and the third, delivered by Daryl Yang (UK Research Reserve, UK) and Wolfgang Mayer (Vienna University Library, Austria) was on the European Print Initiatives Collaboration (EPICo). The panel and following discussion were moderated by Elliott Shore, Executive Director of the Association of Research Libraries (ARL). The audience, not surprisingly for the LIBER Conference, was mostly composed of librarians from academic institutions across Europe.

After the introduction by Elliott, we were given 7 minutes to present and then the discussion was opened to the room. Delivering a presentation about "value-based metrics in academia" and "nurturing fulfilling scholarly life" was not an easy task, so my presentation (available for download from Humanities Commons) focused on our story as a group, the initiative's basic assumptions and methods, our five value categories, and the fact that we are now a funded project. (You can watch a full recording of the session.)

Questions followed both from Elliott and the audience, mostly focused on the connection of the three initiatives with the research library community: what is the library's role in these initiatives, what sustainability implications exist and the role LIBER might play in ensuring it, and what risks exist for participating in any of these projects?

... and the conversations afterwards.

Not surprising given the setting (we were in the plenary room with more than 200 people attending), the most interesting conversations happened in the coffee break following the panel, where I was approached by several librarians, most of which are involved in digital humanities groups and activities. HuMetricsHSS captured their attention in their role as library liaisons with humanities faculty and as digital humanities researchers. For example, I was asked how this initiative, born across the Atlantic ocean, can be adapted to the European setting and how we are approaching the fact that many humanists in Europe face the challenge of not conducting their research and producing their results in the English language. Also, we were invited to engage with European initiatives that are operating in similar spaces, like ENRESSH, the European Network for Research Evaluation in the Social Sciences and the Humanities. I was really glad to be able to mention that our own Nicky Agate was actually presenting about the HuMetricsHSS initiative at the RESSH 2017 in Antwerp, Belgium, exactly at the same time as LIBER2017. 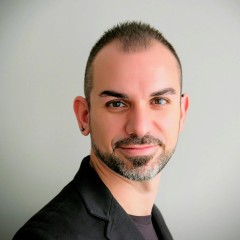 View all posts by Simone Sacchi
Skip back to main navigation