The Intentional Work of Values-Enacted Change

When Stephanie Shonekan, Dean of the College of Arts and Humanities (ARHU) at the University of Maryland (UMD), asked about the origins of the HuMetricsHSS initiative at lunch after our workshop this week, I was transported back in time to October 2016 when a group of us met at the Rizzo Center in Chapel Hill, NC, for the Triangle Scholarly Communication Institute (TriangleSCI). We had gathered to reconsider the question of academic metrics with an eye toward making indicators of quality more humane.

Now, over six years later, when we begin our HuMetricsHSS workshops by asking colleagues to consider their most rewarding academic experiences, I often return to that time we had together at the TriangleSCI to think and walk and imagine how we might make meaningful change by aligning our core values with the practices that shape academic life.

That experience changed the trajectory of my own academic career as I began to recognize the transformative power of values-enacted leadership.

This pathway led me to the Washington, DC area this third week of January 2023 to continue the work of putting values into intentional practice as we reimagine the future of the Academy. On Tuesday and Wednesday, I joined a group of academic leaders at the Association of American Universities (AAU) for a workshop co-sponsored by the National Academy of Sciences, Engineering, and Medicine (NASEM) to consider how we might redesign institutions to support equity minded graduate education.

The workshop was organized around Dean Kimberly Griffin‘s work on equity-oriented graduate mentoring practices, which emphasizes the importance of creating institutional structures that recognize and reward supportive mentoring that attends to the well-being of the whole person. As she writes:

“equity-minded administrative leaders must take care to ensure that mentoring responsibilities are fairly shared across professionals and that engagement in mentoring is recognized in substantive ways that translate to meaningful rewards and recognition.”

The work we have been doing in the College of Arts & Letters at Michigan State through the Charting Pathways of Intellectual Leadership initiative is animated by a commitment to recognize mentoring in substantive ways, so it was heartening to hear Dean Griffin reinforce the importance of this approach. Her emphasis on institutional structures shaped the design of the workshop, which focused on existing successful practices—for example, the Guidelines for Successful Graduate Student Mentoring at the University of Illinois – Urbana Champaign and the Toolkit for Cultivating a Culture of Mentoring at Duke University. We were invited to consider how we could integrate these practices into the structures of our institutions, from universities to scholarly societies and associations.

I was grateful to have an opportunity to engage in substantive conversations with colleagues from the AAU, NASEM, the American Council for Education (ACE), and the American Council of Learned Societies (ACLS), about the important role these organizations must play in making meaningful change across the U.S. Higher Education ecosystem. As we have increasingly emphasized in our HuMetricsHSS workshops, the only way to ensure that transformative culture change takes root and grows across higher education is to build coalitions within and across institutions and organizations with colleagues who are structurally positioned and values-oriented and who have an extreme prejudice toward action.

After the Graduate Mentoring workshop, I made my way to the University of Maryland where my HuMetricsHSS colleagues and I led a workshop on values-enacted leadership and institutional transformation.

At UMD, we continued to refine the contours of the workshop we did at the University of Washington in December 2022. I tried to capture the trajectory of the workshop in this Mastodon post, written as I was returning from Seattle. It outlines the transition from identifying values to mapping positionality, power relations, and allies in an effort to make meaningful change.

As Dianne Harris, Dean of the College of Arts and Sciences at the University of Washington, wrote in a blog post, entitled Continuing to Rethink the Academy in 2023, that workshop resulted in the identification of four concrete changes we hope to make:

Dianne is following up on the workshop by establishing a cohort of Dean’s Academy Fellows to continue to build coalitions and do sustainable, intentional work on these four important issues. We on the HuMetricsHSS team are thrilled to be, as Dianne puts it, “partners in the creation of a community of practice that is committed to productive, thoughtful institutional transformation.”

Following so closely on the work we did at UW, I arrived at the University of Maryland curious to see if the areas of focus for meaningful change that emerged here would resonate with those the groups identified at UW.

The three areas on which the group at UMD ultimately decided to focus on at the workshop were the following:

It was fascinating to see how the results of the two workshops brought forward such resonant themes. At both universities, there emerged a deep commitment to creating academic spaces of wholeness in which students, staff, and faculty can be their best selves and do their best work. Diversity, Equity, Inclusion, Access, and Belonging were identified at UW and UMD as values of central importance to achieving the purpose of both universities. The equitable pay question that became a theme at UW found expression in the PTK 2.0 initiative at UMD as both universities spent time mapping power relationships and identifying allies who could help them redress issues of structural inequity.

The themes that emerged at the UW and UMD HuMetricsHSS workshops should be seen together with the equity-minded workshop on graduate mentoring sponsored by the AAU and NASEM as part of a growing movement across higher education toward intentional, values-enacted transformative change.

By the time we sat down for our debriefing lunch with Dean Shonekan, we were able to highlight these connections and talk further about the next steps she plans to take in ARHU at UMD.

The existing work being done in ARHU around faculty workload offers an exciting opportunity to integrate the values-enacted approach and advance the PTK 2.0 initiative, which dovetails well with the existing Provost-level Task Force on Non-Tenure Track Faculty at UMD. We also discussed how ARHU can tie the themes they identified into the strategic planning work they are doing. Finally, we in HuMetricsHSS talked about connecting Dean Shonekan with Dean Harris to continue to build a sustainable coalition of partners committed to transforming the Academy through values-enacted leadership.

So when Stephanie asked for the origin story of the HuMetricsHSS initiative, it was heartening to realize that the coalition we began to build around a commitment to put values into intentional practice at the TriangleSCI in October 2016 continues to grow and evolve in ways I don’t think any of us there at the time could have imagined. 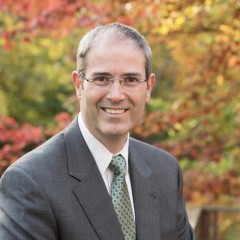 View all posts by Chris Long
Skip back to main navigation